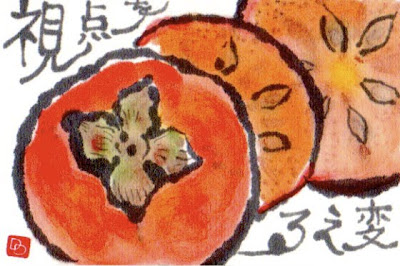 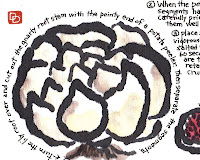 For those of you who have never seen a lily root, here is a smaller image from one of my illustrated recipes. Lily root is a lot of fun to cook with. You can see that it's (sort of) round too. : )
Posted by dosankodebbie at 1:11 PM