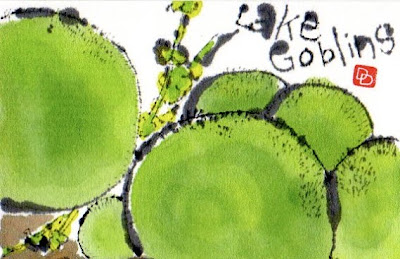 When I was young, we used to think of marimo as a sort of pet, and kept them in jars filled with water. I was a lazy guardian, and my marimo invariably died, but, if memory serves, one of my sisters kept one alive for a long time, growing it to an impressive size. Nowadays they are a protected species, and the little ones you find in souvenir shops are hand rolled from free-floating filaments.
Posted by dosankodebbie at 9:46 PM