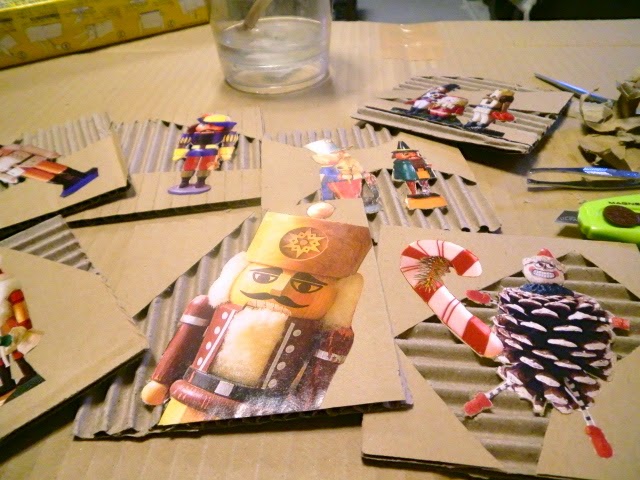 I hosted an Etegami workshop for expat women at my house three days ago where we used corrugated cardboard to make Christmas cards and New Year cards. Our time was limited, and I wanted to focus on technique and tools for this non-traditional form of etegami, so we skipped a step or two by using images I had prepared in advance and photos that I had cut out from old interior decorating magazines. 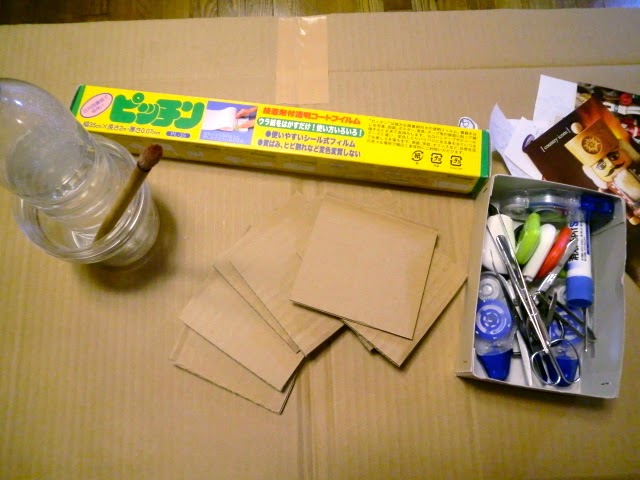 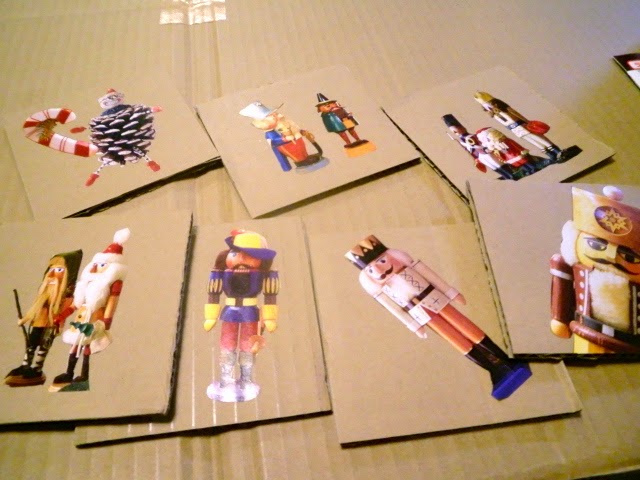 I did this the same way I'd taught my students to make cards, except that instead of cutting the cardboard into 4" x 6" postcards, I cut them into squares. I glued the images to the squares, then used a craft cutter to mark out the sections of paper that I wanted to peel off the top layer of the corrugated cardboard.

The point of doing this is to expose the "ribs" of the corrugated cardboard for a 3D effect. This also meant cutting along the edge of the image where it bordered the sections I wanted to peel away, so that the image didn't get peeled off by mistake. I wet the unwanted sections of paper by painting them with a paintbrush soaked in water. When the paper was wet enough, I took tweezers and carefully peeled it off the ribs. If any paper fuzz from the top layer stuck to the rib layer, I used the tweezers to remove it so that it didn't look sloppy. 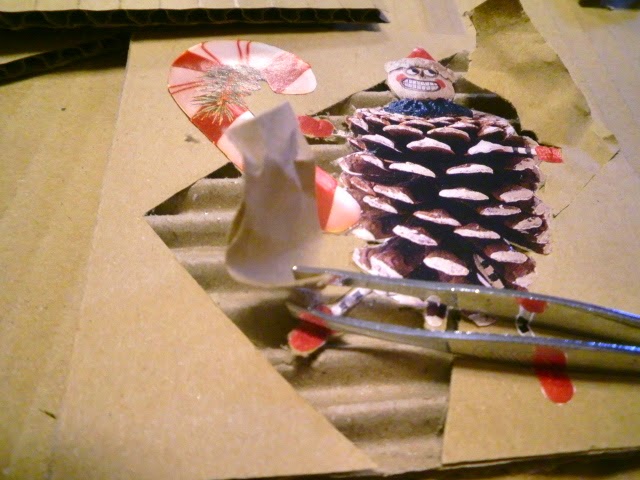 I left enough of the top layer intact on each coaster to keep it from getting weak and floppy. I thought about adding words and putting my name stamp to each piece like I would do with my original etegami. But the images weren't my handiwork and I was too tired to choose words, so I finished up the project by pressing squares of clear self-adhesive vinyl film onto the surface of each coaster, making the tops, at least, water resistant.

It took only an hour to make 7 coasters. Now I'll have to find 7 people willing to come to our house at the same time so that we can use them. Let me know when you can come over. :) 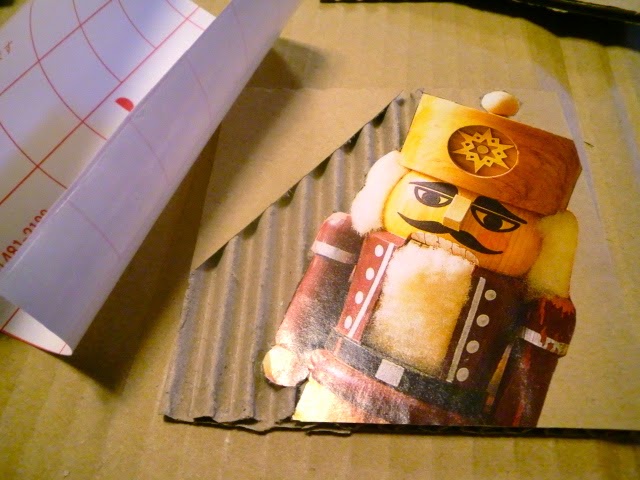 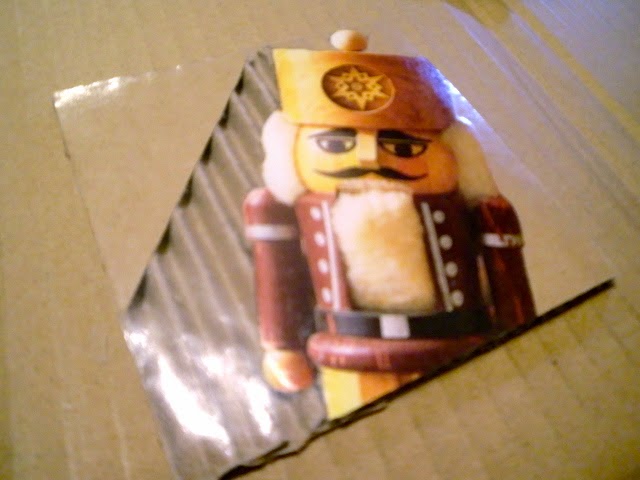 Posted by dosankodebbie at 1:55 AM