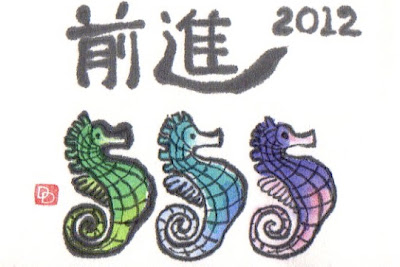 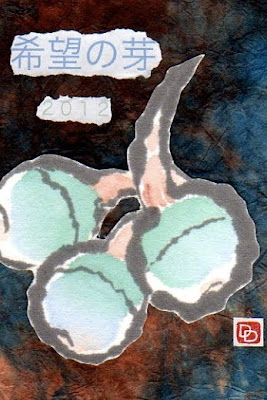 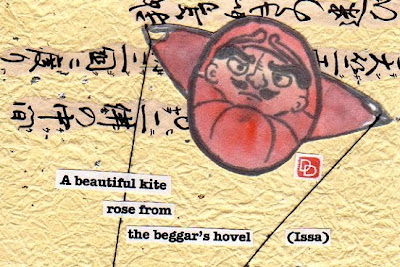 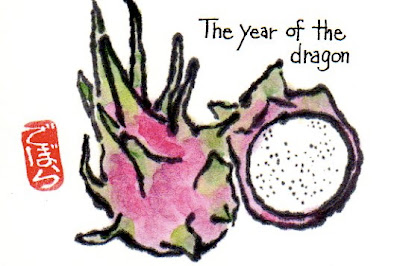 Every year I write about nengajou (Japanese New Year postcards) traditions on this blog, but I never thought to mention that tradition prohibits a certain group of people from participating in this annual exchange. These are the people who are in ritual mourning due to the loss of a family member during the year preceding the New Year's Day in question. Instead, about a month before New Year's Day, they send totally unadorned cards to their friends and business associates explaining why they will not be sending out nengajou, and which of their family has passed away.

Because of the tremendous devastation and loss of life resulting from the March 11 disasters, the whole nation was (and continues to be) in mourning. At the end of 2011, there was a lot of discussion, in private and in the media, about whether nengajou should be sent out at all, even if one hadn't actually lost a family member. It was generally agreed that it would be okay for nengajou to be exchanged among those who had not lost a family member. However, in deference to those who had suffered loss, people exchanging cards should avoid certain phrases that were overly joyful or congratulatory.

I listened to these discussions with only half my attention, because the boundary between acceptable and non-acceptable phrases seemed a bit too subtle for me to take seriously. And besides, the same arguments had gone on all year regarding whether it was proper to enjoy cherry blossom-viewing or summer festivals with fireworks or any number of fun things, while so many people in our country were suffering such enormous pain and sorrow. Opinions were always sharply divided, even among those who were the most severely affected.

Nevertheless, when the time came to chose the words to go on my etegami nengajou, I did ponder on this matter, and rather than using words like Happy, Joyful, or Celebrate, I chose words like Hope and Moving Forward. Not because I am overly concerned with propriety, but because if my choice of words can cause either pain or comfort, I would rather they cause comfort.

The etegami I've posted above are some of the ones I painted as this year's nengajou. I blogged about the dragon etegami a few months ago. If you missed it and would like to see it, click here.
Posted by dosankodebbie at 3:19 PM