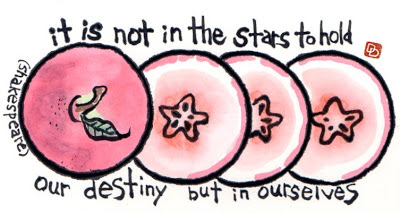 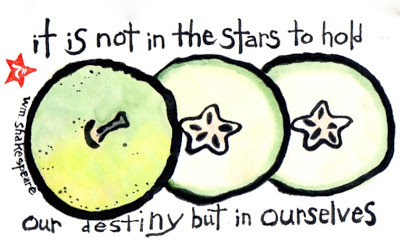 Which do you prefer, red or green?

Posted by dosankodebbie at 2:50 PM 5 comments: 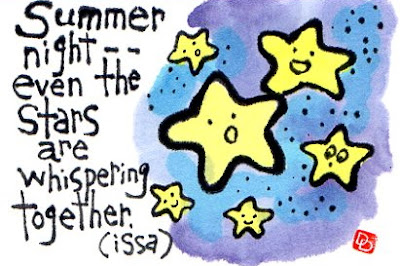 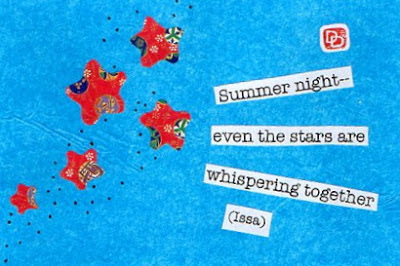 Posted by dosankodebbie at 5:58 PM 4 comments: 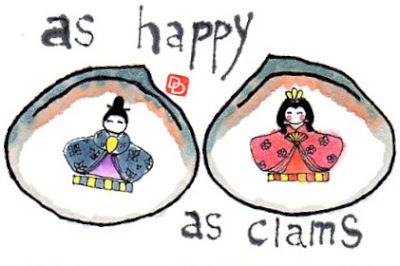 This etegami shows two half-shells from the same clam. The smooth, white inside of one is painted with an image of the emperor,  the other with the empress. Like other emperor/empress dolls painted or crafted according to ancient regional traditions, these would be displayed in the days leading up to the festival in every home that has daughters. Clam shells are "a symbol of a united and peaceful couple, because a pair of clam shells fits perfectly, and no pair but the original pair can do so." (Wiki)
Posted by dosankodebbie at 3:21 PM 5 comments: 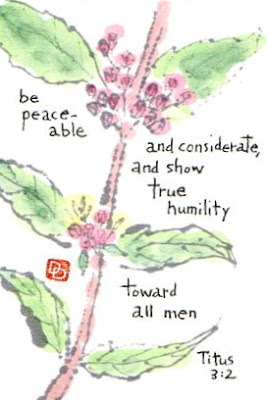 The Japanese name of this plant,  murasaki shikibu, is taken from Lady Murasaki, a 10th century lady of the Japanese imperial court, and famous author of The Tale of Genji. The plant represents all the elegance of a lady of the imperial court. It is normally admired for its perfectly round, tiny purple berries, which come at a different stage of its growth.
Posted by dosankodebbie at 12:23 AM 5 comments:

The latest EFC newsletter has been sent to everyone who signed up for it. If you can't find it in your email box (check your spam folder too, please) let me know. Feedback is always gratefully received. :)

Posted by dosankodebbie at 3:23 PM No comments:

taking the snow in stride 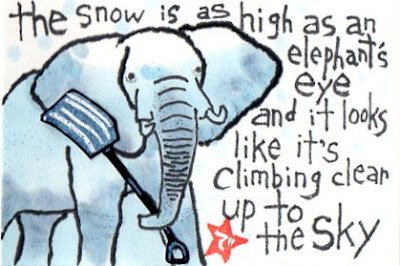 The snow. It never stops. You can scream and tear your hair out, or you can try to find something about it that makes you smile. This etegami was inspired by a friend who was so exhausted from the never-ending snow shoveling, that she lost her mind for a moment and started singing "Oh what a beautiful morning" (from the soundtrack of Oklahoma), with a twist in the lyrics. If this song is new to you, please google it.

Posted by dosankodebbie at 9:39 PM 6 comments: 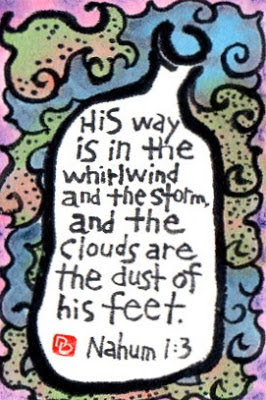 This etegami is doing double-duty. One submission is for a cloud challenge, and the other is for a storm challenge.

postscript: believe it or not, it got into the top ten of the "cloud" challenge. :)
Posted by dosankodebbie at 5:42 PM 3 comments: 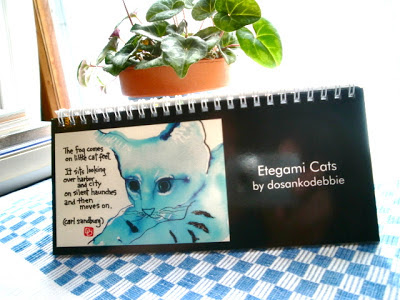 I haven't had a pet cat since I was a child, but the local cats love the wild and untended back yard of our crumbling, old house. It is a walled sanctuary, green and quiet, in an urban area filled with tall buildings and concrete. I've seen several generations of cats and kittens hang out in our yard. Watching them nap in the pools of sunlight, or the shade of a wall, is one of my favorite entertainments and has inspired many an etegami.

The Etegami Cats desk calendar is for sale on my Etsy shop. The calendar starts from April 2013 and goes till March 2014. If you're a cat person, please take a look!

Oops. All sold out. Sorry.

Posted by dosankodebbie at 2:19 PM 2 comments: 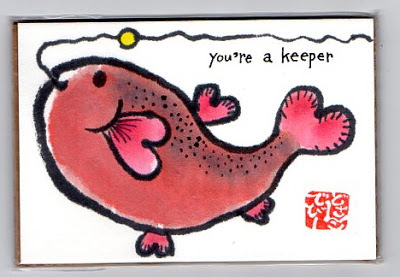 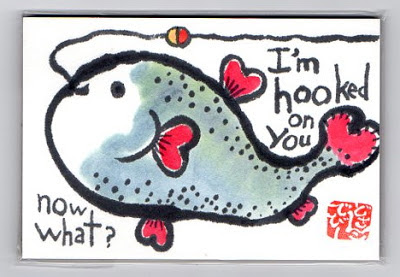 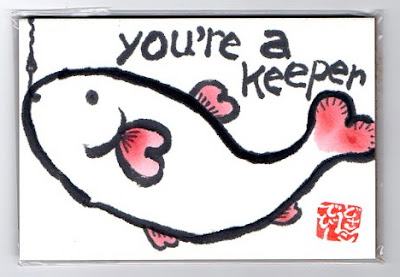 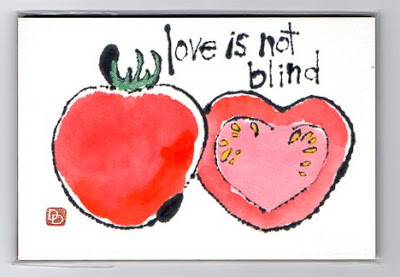 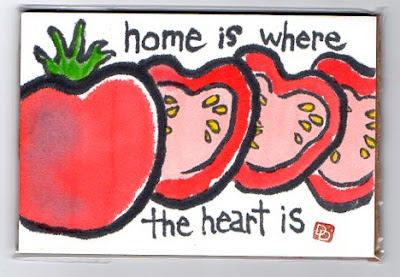 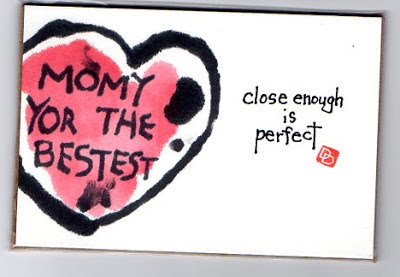 Congratulations to the winners of the drawing for the Valentine Etegami Give-Away! They are 1. May  2. Robin from SF  and  3. QuiltFrog  The winners will receive a nicely packaged original etegami from me. If you indicate your preference from among the ones posted above, I will try to accommodate you, but I can't promise that's the one you will get.

As I said in the original give-away post, even if you didn't win the drawing, I will send you an etegami (laminated postcard version) in return for any valentine card sent to me by February 14. My enthusiastic thanks to all who participated. You make it a lot of fun for me.  : )

Posted by dosankodebbie at 3:21 PM 11 comments:

Posted by dosankodebbie at 5:26 PM 7 comments: