fish, from the cradle to the grave 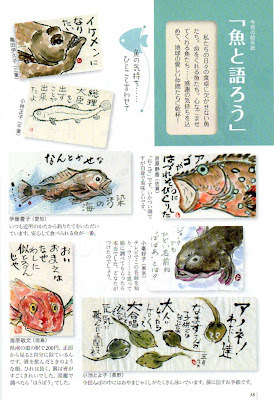 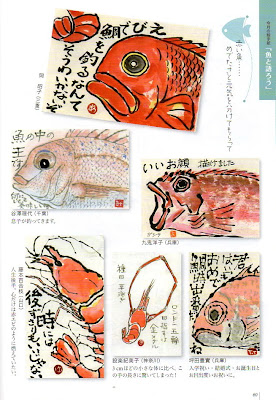 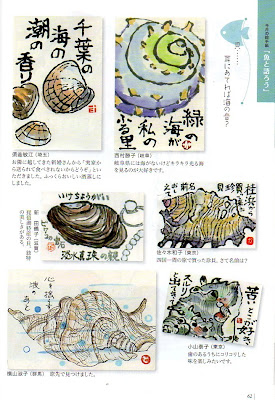 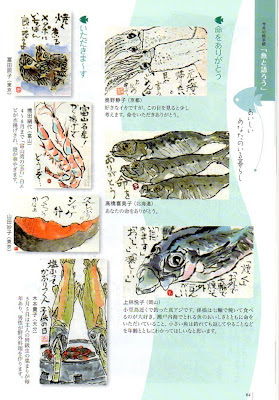 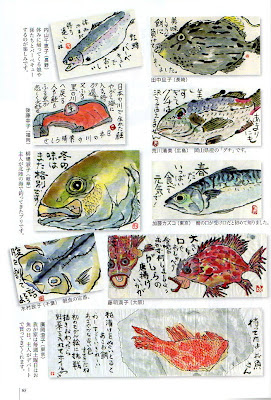 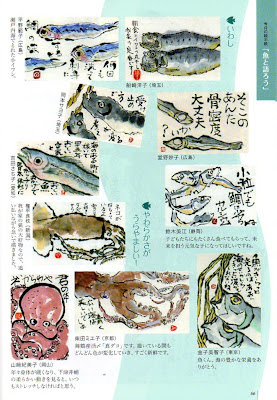 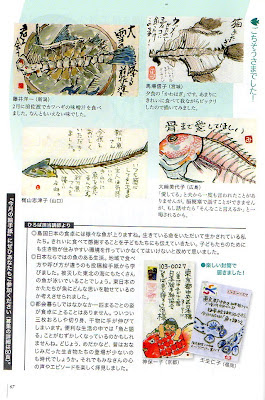 I just received the July issue of Gekkan Etegami, the official monthly magazine of the Japan Etegami Society. This month's issue features fish etegami submitted by readers from all over the country. The top photo shows living fish, including the one in the bottom right depicting baby catfish. The second photo shows shrimp and sea bream, both of which are prized for their reddish coloring, and which are served at weddings and other celebratory occasions. The third photo shows a variety of shell fish, and the next three photos show fish and other sea creatures in various stages of preparation leading to being consumed for dinner. The last photo shows what is left of the fish at the end of dinnertime.  Yes, we are taught to pick our fish bones clean. And even bones are a worthy subject for etegami.

I wish I had the time and space to translate some of the more amusing accompanying words.  I'll give you just one example: These dried whole baby sardines are the basis for a nutritious soup stock used in many dishes, but most commonly as the stock for miso soup. These little fish are often thrown out once their flavor has transferred to the soup stock, but if eaten with the soup, or dried and later crushed and sprinkled over rice, their bones provide a great source of calcium. The writing on the card translates to: "Hey you, yes we mean you. How's your bone density these days?"

Posted by dosankodebbie at 2:40 AM