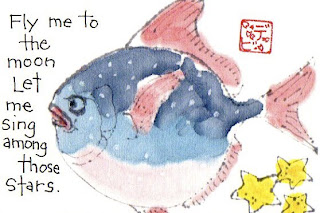 [oops, there seems to be more than one version of the lyrics to this song running loose on the internet, and I probably got the wrong one. Oh, well...]
Posted by dosankodebbie at 10:34 PM