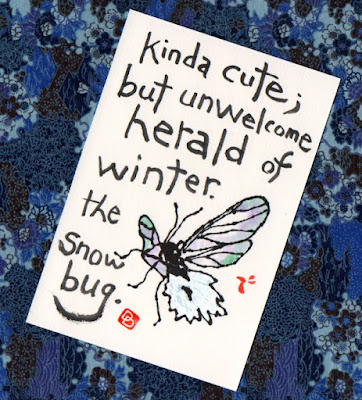 "When the snow bugs start to swarm, the first snowfall of the year will follow in a week to ten days." I was taught this in my snow-country childhood, and though I don't know the science behind it, I've never had reason to doubt it.

Snow bugs (yuki mushi) are very tiny, and when they swarm, their woolly white butts make them look like snow. They are not so easy to notice in the bright light of day....that is, until you catch them in your mouth, nostrils, and eyes while zooming happily down a hill on your bicycle into an unexpected swarm.

Apparently they belong to the aphid family, but let's not give that too much thought. Do you have snow bugs where you live? 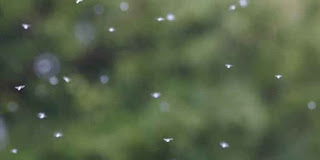 Posted by dosankodebbie at 6:29 PM