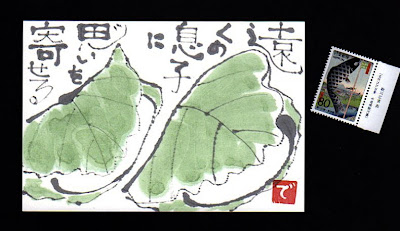 The attached etegami depicting Kashiwa Mochi is accompanied by words which translate roughly to mean "My thoughts are drawn to my son who is far away." May you be able to celebrate Children's Day with your children (or your parents) this week, and if that is not possible, may your thoughts be for one another.
Posted by dosankodebbie at 8:02 PM