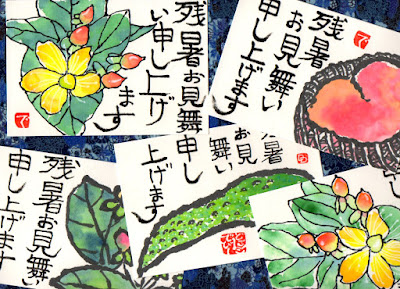 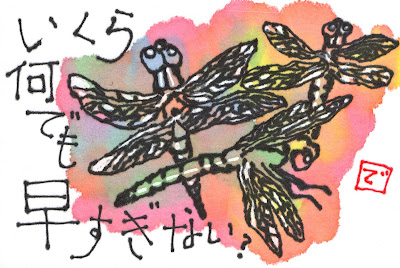 The dragonfly etegami is from early July, when the dragonflies started swarming in Atsuta on the Japan Sea coast where I often go to paint. I was puzzled because it seemed far too early in the year to see dragonflies in such numbers, and I still don't have an explanation for it. The accompanying words say "It's far too early for dragonflies, isn't it?" The background colors represent the sunset because dragonflies are often associated with sunsets in Japanese children's songs, and Atsuta is particularly famous for its sunsets.

Posted by dosankodebbie at 11:34 PM